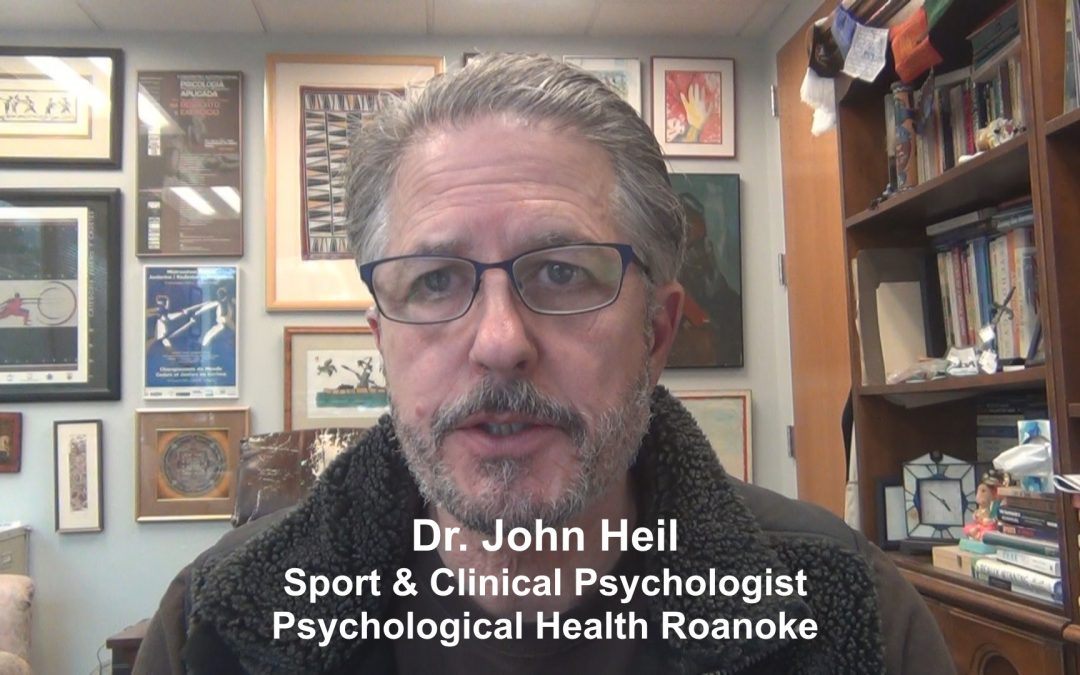 Abstract: Organizational response is the tipping point in any incident where social justice is in question.  This paper seeks to explain how organizations with a noble mission, such as institutions of higher educational and sports organizations, fail to adequately recognize and intervene in instances of sexual violation, and in so doing tolerate and even enable such abuse.  The analysis draws broadly on work in interpersonal violence as a basis for examining the organizational dynamics that may undermine efforts to effectively address sexual violation, describing the Helms effect as a failure of leadership, and identifies the tactics of institutional betrayal.

While conducting injury research, a colleague and I happened upon a Dr. Larry Nassar-type situation.  In reviewing university athletic department records, we encountered a medical exam, which in context appeared inappropriate, and was suggestive of potential sexual violation.  The situation was reported to the athletic department and corrective action taken.  This remedy was accomplished without an athlete having to come forward and subject herself to questioning or other scrutiny, which history indicates could easily have been to her detriment.

The solution seemed so simple.  Yet recent events in the National Governing Bodies for Gymnastics and Swimming reveal that this type of behavior can easily be overlooked, and all too often is enabled.  A similar pattern of failure of awareness and inaction is also found in other forms of interpersonal violence and violation within sports organizations.  Not only athletes but also coaches, administrators, and others can be the victims of sexual violation.  For clarity, the term “athlete” is used as a stand-in for any and all of those in a sports organization.

Organizations set standards and create culture for their constituents.  They are the higher authority empowered to monitor and manage behavior, who are supposed to enforce corrective actions when necessary.  When organizations accept accountability and seek a remedy for sexual violation or other forms of interpersonal violence, a solution is in the making.  In failing to do so, problems are magnified.  In the worst-case scenario, the organization may align against the victim in an effort to protect itself from adverse consequences.  It is critical for both victim and accused that institutions be transparent in inquiry, fair in adjudication and just in punishment.  Not all accused are guilty, as evidenced by the false accusations of sexual assault directed at the Duke University men’s lacrosse team.  The primary goal of the process is not punishment per se, but to focus the institution on its mission, and to provide a correction if it has gone off course.  A proper procedure would identify those at fault, absolve those that are innocent, and seek reparation for the offended person.  In rising to this challenge, the organization makes a correction, affirms its mission, and continues on its true course.

Well-intended mandates for policy implementation can easily fall short.  Research by Peter Donnelly, Gretchen Kerr, Amanda Heron and Danielle DiCarlo examined compliance of Canadian national and provincial sports organizations with mandated policies regarding interpersonal violence such as harassment, bullying, and hazing.  Their research reveals a mix of failure to comply with the national organization mandate, as well as poorly constructed policies.  For example, of 68 organizations, only four provided contact information for filing a complaint.  (“Protecting youth in sport: an examination of harassment policies” in the International Journal of Sport Policy and Politics, 2014, pages 33-50.) The lack of a clear pathway to seek a remedy, as reflected in the absence of a contact person, is particularly compelling.  When the steps to reporting or otherwise seeking a remedy are unclear, efforts to do so are undermined.  This plays into the hands of those who would resist accountability.

There are times when organizations fail to hold themselves accountable for sexual violation and other forms of interpersonal violence.  Consider the Penn State sex scandal and the racial discord at the University of Missouri.  These incidents reflect a failure of leadership, here referred to as the Helms effect.  In the Greek myth of Dionysius, the failure of the helmsman to steer a proper course led to destruction.  Metaphorically, an organization which abandons its mission is akin to a ship adrift with a broken moral compass.  This is particularly worrisome in youth, developmental, and college athletics where the mission is personal development.

Failure to recognize problems and seek a proper remedy when athletes (or other stakeholders) are wronged exemplifies the Helms effect.  If, when challenged, the organization seeks to protect itself from adverse consequences at the expense of the offended athlete, institutional betrayal unfolds.  Betrayal may be isolated or systemic. It may be a consequence of direct action, failure to respond to transgressions, and neglect to inform constituents of their rights when offended.  The expectation of trust implicit in the noble organization’s mission, in conjunction with a heavily skewed power dynamic, renders its constituents particularly vulnerable.

In Moral Disengagement: How People Do Harm and Live with Themselves (2015), Albert Bandura details the process of absolution from blame and dehumanizing the victim, by which organizations do harm and live comfortably with themselves.  There are four sets of tactics, which are commonly employed in institutional betrayal: delay, denial, misdirection, and the double bind.  As is suggested by the classic Stanford Prison and Milgram obedience studies, the power of these tactics is redoubled when used by a highly esteemed institution, like a prestigious university or an Olympic sports organization.

Of the four tactics identified, delay is commonly used, and is notably simple and subtle.  It tests the will of the advocate and puts off the moment of reckoning, delaying and sometimes circumventing a solution.

Denial is a widely used term in psychological and popular literature with nuanced variations in meaning, encompassing a continuum of behaviors ranging from the benign to the malignant.  According to Freud, unconscious psychological defenses such as denial are initially deployed to help cope with the potentially overwhelming emotional impact of distressing events.  In time, the defense mechanisms are intended to give way to more insightful and effective coping.  Sliding down the continuum, denial may follow from cognitive dissonance, a state of psychological tension when encountering conflicting beliefs and behaviors.  When unable to reconcile an offense reported with the status of the accused, it may present as a form of moral disbelief that manifests itself as a psychological blindness to events.  Perhaps this explains what transpired in the Penn State sex scandals, as those in authority failed to allow themselves to see the reality of what had happened.  Similarly, in reflecting on his experiences in Berlin during the Holocaust, Raphael Lemkin described the zeitgeist as a twilight between knowing and not knowing, where unethical practices were widely recognized but nonetheless routinely left unaddressed.  At the opposite end of the denial continuum from a benign unconscious defense is the outright malignant lie.

Misdirection comes in many forms.  Kenneth S. Pope describes the ethics placebo as a means of misdirection, whereby individuals and organizations seek to avoid accountability by “spinning” unethical behaviors into legitimate sounding excuses.  In the process, the ethical placebo misdirects attention away from the core of the problem and sabotages steps toward a solution.  In Ethics in Psychotherapy and Counseling: A Practical Guide (2011), Pope and Melba J. T. Vasquez detail eight tricks of language, 22 justification strategies and 22 logical fallacies, which may be used to spin ethically questionable options into seemingly acceptable choices.  Because thorough understanding of a situation relies on the big picture view and an awareness of context, use of the ethics placebo begins with the deconstructing of events.  Once detached from context, tricks of language, cognitive justifications, and logical fallacies are more convincing.

The double bind is a particularly insidious and vexing form of misdirection, which resists simple description.  It typically presents as a “lose-lose” situation, where the option between two punishing alternatives presents only the illusion of choice.  The double bind is poignantly illustrated by R.D. Laing in Knots (1970), a blending of poetry, psychology, and social commentary.

If I show them I see they are, I shall break the rules and they will punish me.

I must play their game, of not seeing I see their game (1).

When the organization fails to act in a way that provides a remedy, the victim faces a double bind—leave the organization or accept institutional betrayal as a condition of continuing membership.  Carly Parnitke Smith and Jennifer J. Freyd describe this as a secondary victimization that unfolds as those who hold status within the organization are shielded from the consequences of their actions, denying justice for the athlete and significantly exacerbating the initial offense (Institutional betrayal” in American Psychologist, 2014, 575-587).  Given the power that the organization holds over the individual, the double bind is easily implemented.  The use of this and similar tactics sends a powerful message from the organization not only to the victims but also to all who are observers.  Such actions define the deep culture of the organization and set the standards for expected behavior.  The irony lies in the disconnect between the idealistic mission presented as a public face and the true culture.  In Sport Advocacy: Challenge, Controversy, Ethics and Action (2016), this author provides a detailed case study analysis in which the tactics of institutional betrayal are illuminated.

In the case of institutional betrayal, the hope for a remedy may rely on the will of a whistleblower.  But whistleblowers across all levels of society risk retaliation when speaking out.  The more offensive the behavior, the greater the ethical imperative to report, and the greater the potential negative consequences for doing so.  For the whistleblower who is also a victim, the stakes escalate.  For example, the women who reported widespread problems with sexual abuse by members of the football team at Baylor University were subjected to harsh criticism from the campus community.  Consider also the story of Lizzy Seeburg, who reported a sexual assault by a Notre Dame Football player and shortly after committed suicide.  She experienced the prototypical whistleblower-victim dilemma: report the incident, suffer shame and embarrassment, and perhaps the stress of a trial—or remain silent, leaving others at risk, with the perpetrator potentially emboldened by the absence of consequences.  The failure of police to conduct a timely investigation, threatening texts from the football team, and the esteemed status of the institution arguably contributed to the powerlessness and hopelessness that drives suicidal behavior.  Sadly, in silencing the victim, suicide serves the perpetrator.

Nonetheless, speaking out can turn the tide, as is demonstrated by the courageous and eloquent victim impact statement prepared by Emily Doe, following her sexual assault by All-American swimmer Brock Turner.  With 11 million readings in four days, her efforts have given voice to the many who have succumbed to shame and silence for fear of worse consequences and has encouraged others to come forward.

John Heil, DA, is a licensed clinical psychologist and Certified Mental Performance Consultant with Psychological Health Roanoke in Roanoke, Virginia.  As president of the American Psychological Association’s Society for Sport Exercise and Performance Psychology, he led an initiative in sport advocacy, hazing, and interpersonal violence.  He is a former board member for Roanoke Sexual Assault Response Awareness.  John Heil can be reached at [email protected]  

The Table of Contents for the Journal and a link are below:

Matilda Joslyn Gage on Christianity’s Role in the Suppression of Women. . . . 44

Power in Sport: Social and Gendered Contexts of Harassment and Assault. . . . 50

Sexual Abuse in Sport and Ethical Dilemmas for the Sport Psychologist. . . . . .58