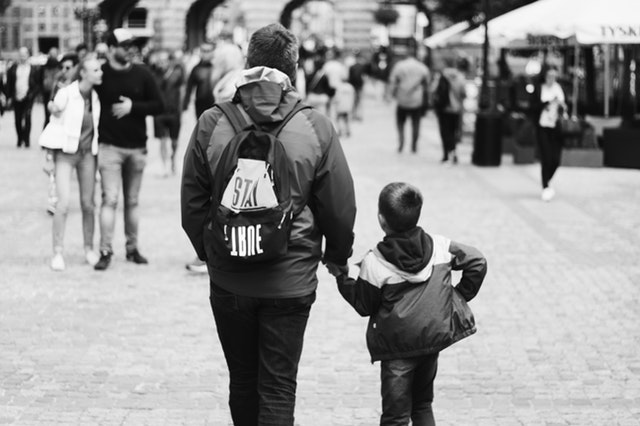 The Tiger parent’s prescription for success can be a bitter pill to swallow. As with any medicine there are two critical questions to consider: Will the intended effect be accomplished; and on balance does that desired effect outweigh the unintended consequences. Practical experience has taught that the worst of these effects may take a long time to be revealed, potentially blazing a trail of pain and suffering.

As a young baseball player, I witnessed a tiger parent wreak havoc on a team mate. Even from the vantage point of a 13 year old, it was clear to me this way wasn’t the right way. In my eyes, the parent’s behavior was an awkward mix of mean and selfish, that was stealing the joy of the game from everyone within earshot. The unintended consequences prevailed. The son rebelled, dropped out of the sport and found his way into trouble. Maybe there was even hope in that – as if by not capitulating, the son would eventually become his own person, and not repeat the parents’ mistake.

The story of the quintessential Tiger child, the soaring golf prodigy that fell from grace, has earned its place as a cautionary tale in the modern lore of sports. As a lifelong student of the game of sport, I was as excited and intrigued by Tigers verve and prowess, even as I felt distress for the means by which the end was met. As a sport psychologist, I was deeply uncomfortable with the sport youth development model that the Tiger story fostered. While willing to believe it could work for a precious few, I was quite sure that for most, it would do more harm than good. Of course, in the end it wasn’t really good for Tiger either, or any of those who for their own reasons pumped air into the illusion until it finally popped like a balloon. Sad to say, I am relieved by his demise, but hopeful that he can rebuild the person and golfer, and perhaps in the process show us a way to win at both sport and life.

In a debate with Tiger Mom, Ms. Chua, at a World Economic Forum, economist Larry Summers suggests that “Childhood takes up a quarter of one’s life, and it would be nice if children enjoyed it.” He makes the point that children are not simply adults in training, but their own people with distinctive powers and joys.

In a Wall Street Journal commentary (http://online.wsj.com/article/SB10001424052748704709304576124612242184274.html?mod=djemEditorialPage_h), Dartmouth professor, James Bernard Murphy cautions that as adults we can become so focused on success and superiority that we forget that most of us produced our best art, asked our deepest philosophical questions, and most readily mastered new gadgets when we were mere children.

Fortunately, there is a classic work for this timeless question, simply entitled Developing Talent in Young People (New York: Ballantine Books; ISBN: 0-345-31951-6). Published over 25 years ago, it has gone unrecognized in the current flurry of commentary in a cyber world that can be as myopic as it is viral. Educational Psychologist, Benjamin Bloom and his colleagues at the University of Chicago conducted detailed interviews with dozens of those who have achieved success in sport – and in the arts, medicine and science – as well as their parents and teachers. Then they simply let the results speak for themselves. Its 500 plus pages illuminate well worn paths to success, reveals stories of joy, discovery and passion, and brings to light the critical role of nurturing relationships.

A final thought from the pinnacle of achievement. With New Zealander Edmund Hillary, Sherpa Tenzing Norgay was the first to summit Mt. Everest, an iconic achievement that continues to fascinate cultures East and West, ancient and modern. Though catapulted to international fame and hero status among the Himalayan cultures, he remained ever mindful of the terrible human costs incurred in the self-indulgent and reckless pursuit of achievement. In character, he refused to press his own dreams and aspirations on his children, encouraging them to seek their own way in life.

In 1996, son Jamling Tenzing Norgay summitted Mt. Everest. In Touching My Father’s Soul (San Francisco: Harper; ISBN: 9780062516886), the younger Norgay chronicles his journey and reveals the motivation to literally follow in his fathers footsteps to the top of the world. His story is less one of conquest than of personal fulfillment, valued above all else for the sense of spiritual connection felt for the father who refused to impose his will on the son – and in so doing lifted him to the very same heights.